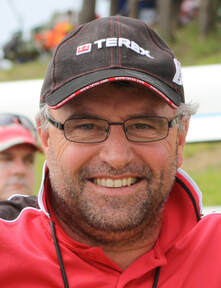 Exeter University Boat Club are delighted to announce that Mike Partridge has been appointed our new head coach.
Mike has over 30 years of coaching experience both in Australia and the UK, in school and university environments.  He represented Wales at the Commonwealth Games before focusing his transition into coaching.  Since then he has been Development Officer for Rowing Queensland, where he runs the High Performance and education programs for coaches throughout the state.

As a coach, Mike’s knowledge is extensive, having been Director of Rowing at four schools; two in the UK and two in Australia both leading to numerous podium finishes at major championships. He has coached and nurtured over 30 students to Great Britain and Australian selection, as well as a number to go on to compete in the Oxford and Cambridge boat race. Mike is currently head coach at both Kings College, University of Queensland and All Hallows’ School in Brisbane.
Mike is looking forward to bringing a measured, focused and caring style to his coaching. When asked about his outlook, he said:
“Coaching has allowed me many, many opportunities to develop young athletes, both at school and at university and encourage them to reach their potential. My philosophy is not only geared towards the top athletic student. I always aim to create a culture in a rowing program that means all who row can enjoy the experience by at the same time challenge themselves to be better rowers and achieve their aims. I very much look forward to being part of the Exeter University rowing program”

​We look forward to welcoming Mike to Exeter at the beginning of February and will wait to see where the next chapter for EUBC leads.